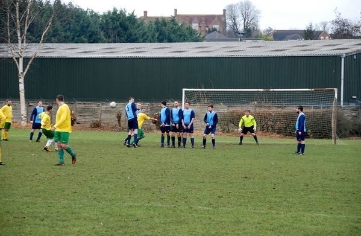 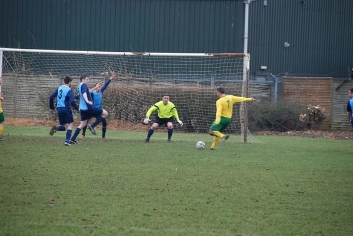 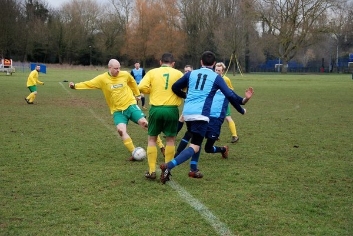 Damien Perks turns away from the oncoming Sid Mobbs 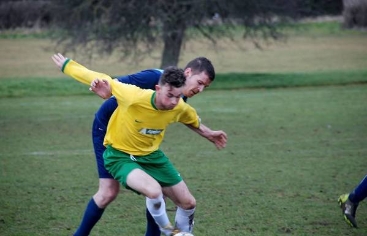 It was the hosts who started the brighter and found themselves in front after 5 mins, when Craig Dean finished a Piers McGlynn cross. McGlynn then turned scorer when he converted a 20 yard free kick past Rory Mangan in the Fairview goal, this was quickly followed by a fine solo run from Neil Conway whose finish matched the quality of the run. Black Swan maintained their control of the first half and when in at the break 3-0.
Fairview came out stronger in the second half, but, it was again Black Swan who found the net when Piers McGlynn bagged his brace. Fairview continued to battle and started to catch the Black Swan short on a few occassions, but, once again it was Black Swan who found the net as Declan McGovern poked the ball home after Fairview failed to deal with a corner. The persistence paid off for Fairview when Robert McMahon took advantage of some complacent defending from Swan's Liam Hastings, to net a consolation goal for Fairview.