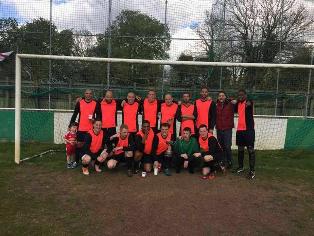 Chequers FC lifted the first silverware of the season on Saturday with a 2-0 win over Summertown AFC in the CJL Cup Final at Abingdon Town FC. Already sitting top of the league Chequers are looking to make it a quadruple of titles this season.

In a tight and cagey affair at Culham Road, it was a second half double from Otis Woodward that was the difference between the two teams. Woodward's first came midway through the second half, which was closely followed by his second after David Jennings played the ball over the top of the defence for Woodward to volley home his second and net Chequers FC the trophy.
In the league Wheatley Youth FC won 4-1 at Oxford Brookes University to earn themselves three valuable points in the title run-in. NOCC won 6-3 against St. Ebbes who drop down the table and Jacob Mintons effort for Masons Arms was cancelled out by a Joshua Brown equaliser as Masons and East Oxford drew.