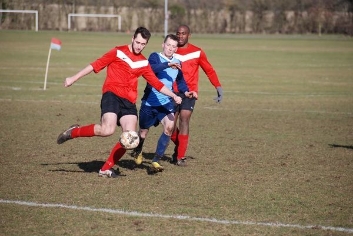 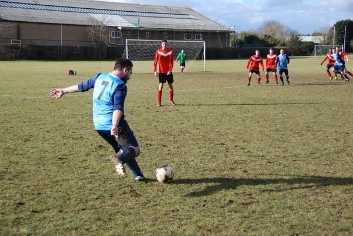 There were plenty of goals in a weekend of semi finals for the OCFA this week.

Blackbird rovers eased into the final with a 12-4 victory over Summertown. Blackbirds controlled the game from start to finish with Aaron Williams setting Aaron Barrett up in the first to put rovers 1 up. Aaron Williams skipped past 2 defenders to slot the ball in the bottom corner to make it 2-0 after 5 minutes. Jerome McCalmon then curled a free kick in the top corner to put rovers 3-0 up in ten minutes. Summertown then caught rovers on the counter attack to make it 3-1. Joe Cook then set up Yasine Lamzini to make it 4-1 Rovers. Josh West lobbed the goalie keeper then ran past him to slot it in to make it 5-1 Jerome McCalmon then hit another free kick that come off a Summertown defenders head to make it 6-1 summertown then got a 2nd goal before half time. Second half rovers come at them even more with further goals from Lamzini to complete his hatrick. Luke Bremmner got 1 Josh West got his second Aaron Barret got his second and substitute Ryan Taylor who come on in goal to replace Evans completed the Rovers goals.
In the Premier Cup the Chequers won 2-1 after extra time away to Wheatley Youth.The Chequers took the lead with a cracking goal from Martin East in the first half of this semi final clash but Wheatley equalized just before the half time whistle with a goal from Tony Collins.
The final whistle saw the score still equal as did the first 15 minutes of extra time but Chequers clinched the game with a Javier Hernadez goal three minutes from full time leaving them the conquerors of this well fought out cup game.
In the Supplementary Cup Fairview faced Masons Arms in windy conditions at Horspath Road. Fairview took lead when a tangle of legs between Ryan Drackett and Robert McMahon led to a Fairview penalty, which was dispatched by Sid Mobbs. Mobbs then bagged his brace to make it 2-0 to Fairview at half time. Masons came out fighting in the second half and soon found themselves reducing the deficit with a goal from Lewis Horwood, but, with Masons pushing hard they were caught on the counter and Robert McMahon managed to get between the defender and keeper to make it 3-1.With five minutes remaining Ryan Drackett got a second for Masons, with their backs against the wall Fairview managed to hold on for the win and book their place in the final. In the other semi final Black Swan came away from the George 3-1 winners.