VENTRIGLIA TURNS ON THE STYLE 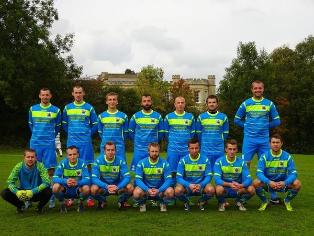 Chequers FC and East Oxford were in Cup action this week, while in the league there was a 12 goal thriller in another goal littered fixture list in the City League.

CHEQUERS FC continued their blistering start to the season with a 5-1 win against EAST OXFORD FC in the Premier Challenge Cup, Chequers found themselves 3-0 in 30 minutes with goals from Otis Woodward, Luke Murphy and man of the match Martino Ventriglia. Substitute Craig Dean came off the bench to get Chequers fourth before a Shane Whalley 20 yard free kick, found the net for East Oxford. But it was Ventriglia who capped a fine personal performance, by getting his second to wrap up the scoring for Chequers.
Elsewhere in league action WHEATLEY YOUTH FC had the better of the first 25 minutes, in their game against FAIRVIEW FC at Holton Playing Fields. They took a deserved lead when Henry Bone beat the keeper in a one-on-one, but Fairview struck back with two fine strikes from Luke and Lewis Moss to put Fairview in front at the break. Wheatley dominated the second half and deserved the equaliser from Dan McNiffe, who finished off a great team move starting with the keeper and some excellent possession play, before Henry Bone squared for McNiffe to slot home. More chances came to Wheatley, but they couldn’t break the deadlock and Fairview saw a late “winner” ruled offside to keep the honours even at 2-2.
ST. EBBES (HEADINGTON) FC knew they were in for a tough fixture as they faced SUMMERTOWN AFC, but, with their first win under their belt from the previous week confidence was high. The game start fairly even with chances for both teams, but, it was Ebbes that took the initiative and quickly went two up with the first two goals of a Stuart Rainey four-timer. Summertown quickly reacted and came back with two goals of their own, only for Ebbes to notch another couple to go in 4-2 at half time. The second half saw more goals in a very open game that could easily have been won by Summertown, if had not been for some fine goalkeeping from Jacob Grimes in the Ebbes goal. The game finally ended 6-6 with Summertown’s goals came from a Charles Appiah hat-trick, Ola Abiola, Theo Sturgs and Alex Thompson. Ben Dyer’s brace added to Stuarts Rainey’s four-timer for Ebbes.
The game between ZUBRY (SAT) FC and OXFORD BROOKES UNIVERSITY FC ended 5-2 to Zubry. Brookes had a good start with a long range goal for Marcus Warwick, however this was soon equalised by Zubry for the teams to go in at half time 1-1. In the second half Zubry dominated and scored another 4 goals before, Zhanibek Baigabatov scored a consolation goal for Brookes. Zubry’s goals came from Michal Waszak, Sebastian Ciekielski, Lukasz Welimski, Bartlomig Hnyonius, and Michal Koilegda.