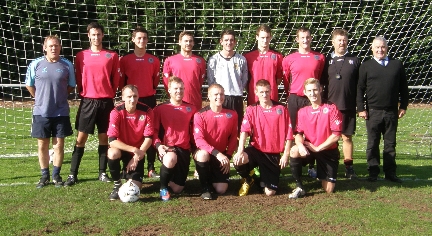 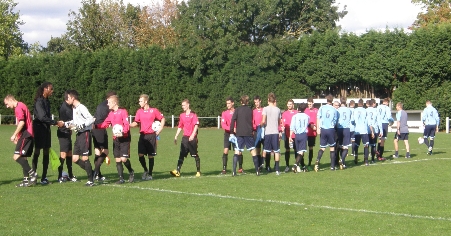 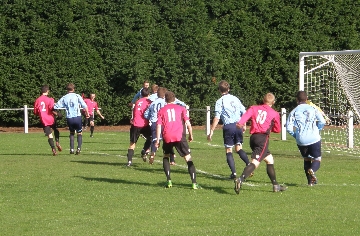 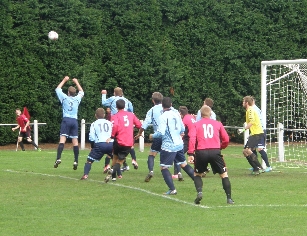 In the FA Inter League Cup Round 1, our representative side travelled to Birmingham AFA League on 5th October and came away with a very good 4-1 win.

With several late calloffs on Friday evening and even Saturday morning, it was a frantic preparation for the match. We had to make a slight detour to pick up Ashley Mitchell who responded to a late call that morning to come along and ensure that we had 11 players.

Although some players, had to play out of their usual positions, like Ryan Hemmings on the right wing instead of in goal, they settled down quickly. The home team had a lively start but overall the first half was fairly even, with both sides creating some chances. Unfortunately, in the 26th minute, after some neat play, they scored and it stayed like that until halftime.

A slight change for us in formation, in the second half worked well and we started to control more of the play. Adam Hipperson was causing the home defence lots of problems and crashed in the equaIiser in the 71st minute and added another a few minutes later to take the lead. The team were getting stronger as the game progressed and Neil Hurren added a third goal five minutes later. In injury time, Adam Hipperson added a fourth, to complete his hat-trick. All the players performed really well and deserved the victory.

The match was played in a very good spirit by both teams and Referee Stuart Eagland and his two assistants Justice Jacobs and Jonathan Maskrey controlled the game very well.

Many thanks to Birmingham AFA who were very good hosts and provided an excellent buffet.

Unfortunately we were later informed by the FA that Ashley Mitchell, had in the past, previously had a contract with Wroxham, so was not elligible. As a result, we have been removed from the competition, despite all our hard work and the mitigating circumstances.